Offering activities in addition to gymnastics lessons: is that important?

Offering activities alongside the lessons: is that important?

I have been a member of an association since I was a child. My parents were active volunteers and so I naturally fell into it. As a little girl, I regularly went along to activities and took part in as many as possible. I can remember an archery evening with 12+ and youth instars and game afternoons for the recreational players. Demos and club championships were not missing either. Unfortunately, the club I knew from my youth is no longer there. Gradually, the things that made the club so enjoyable in my eyes have disappeared. 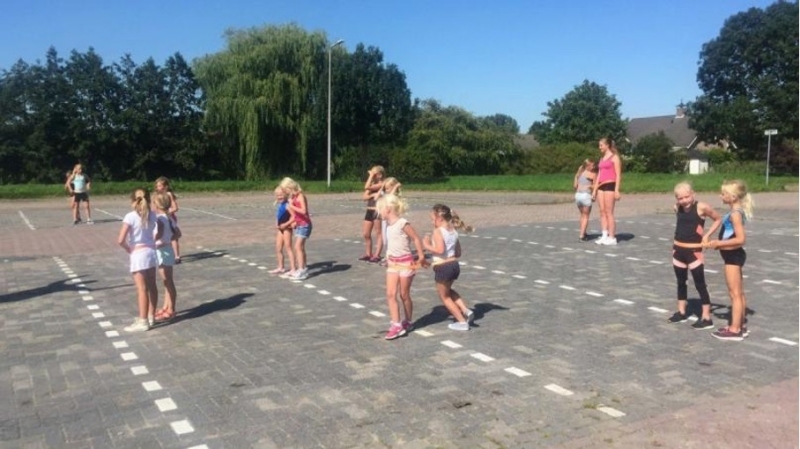 I still read a lot about clubs that regularly offer fun activities. Here, too, there are clubs that offer all sorts of things to their members. With my son, I am now a member of such an association.

In recent years, I have also repeatedly wondered why it all seemed to be going downhill in my last association. In the eight years that I was active there as a trainer, board member and gymnast, I tried to set up several activities, but almost none of them really survived. Because if I didn't do it, there were few or no volunteers to pick it up.

As a starting trainer, I started small in my recreation lessons with walk-in hours for parents and the 'pietengym'. A few years later, I extended the 'pietengym' to the entire club, which meant less work for each individual trainer and was also fun because it allowed me to meet children and trainers from other groups!

Furthermore, I was soon involved in the annual club championships and a gymnastics afternoon for recreation. I had some help here and there, but the activities were mainly organised by me. Dates were often set fairly late in the year. There was no real calendar of activities and that made it difficult to get more volunteers to organise something. There was no central point or person to organise the activities within the association and that was a big lack.

There have been enough trainers in the association who organised things for their own groups. I eventually fell back on that too. For instance, together with another association I organised a practice match every year for the D2/5th division group. I also did that once with the help of almost only parents. It turns out there is enough willingness, but parents do want to know in time and be asked.

Setting up something takes time and in the first years of my teaching career I had plenty of that. I also joined the board of the association at that time, which made it easier to arrange certain things. After my studies, I started working in education and soon I had children. This meant that my available time became less. I still taught quite a few hours and somewhere I had to make a choice. The choice fell on organising fewer activities and teaching fewer hours. I also resigned my management position.

I noticed that the activities suddenly became much less, so I still tried to organise something here and there. After all, I had the experience, but due to a lack of many volunteers in the entire club and no clear dates at the beginning of the season, this was not the priority.

Because I was on the board, I understand very well that activities for your members are perhaps not the priority, but it should be one of the priorities, I think. The more you connect the members to your association, the more they are prepared to do something for the association and feel more connected. Of course, this only applies if most activities are available for the entire association and not for competition or recreation separately.

As I said, I am now a member with my son at another club where I also did some gymnastics myself for a while. They organise various activities here. I think it's great fun and I can see how much the parents and children appreciate it. This association has its own sports accommodation with its own canteen, which I think makes it easier to organise things for the entire association. There is also a large group of older members and an enthusiastic group of young people. All that was missing at my last club. The connection was, and still is, unfortunately gone.

In the future, I hope to find an association where I can regain that sense of unity. Hopefully I can contribute to that myself, because I know how much positive energy it can give.

How do you create more cooperation in gymnastics training?
23 maart 2022