When you talk about mindset or mental development, you are talking about thoughts. In this case the thoughts that are wandering around in the heads of the gymnasts. At our club, we have done a practical exercise on mental development in the gymnastics hall. I would like to share it with you for inspiration or as an example to use as well. But in any case, to be inspired and to apply it in a different way in your own gym or gymnasium!

We divided all the gymnasts, from beginners to seniors, into five different groups and each group was given a number of thoughts on paper. I wrote 20-25 thought-sentences on a piece of paper. I printed all these out five times; for each group an own package with a number of thought-phrases. Finally, I bound them together with an elastic band.

Here are a few thought-sentences as an example, so you know what thoughts I put on the notes and what thoughts the gymnasts had to work with.

No right or wrong

We gave each group two hoops, for example a blue and a green hoop. You can also have a red and a green hoop, although you quickly relate red to wrong and green to right. The message I gave the gymnasts before giving the assignment is that nothing is wrong. It's what they think for themselves (their own mental development) and I think it's important that they started thinking and talking about it. But: nothing was wrong. They were allowed to do what they thought was right and what felt right to them.

Every group, which was divided into beginners, pupils, youth gymnasts and many senior gymnasts, had to take a note together. Then they had to see in which hoop this note would fit best. They did this for all the notes, they had to discuss with each other. What do you think, in which hoop does this note fit? It was great fun to see. The beginners sometimes found it a bit difficult, but the senior gymnasts were really good at helping the beginners.

Even sentences that were perhaps too difficult for the beginners were explained as much as possible by the senior gymnasts. What does it actually mean what is written here? Which made it a bit more understandable for the beginners. From the age of about pupil 1, they were able to understand it themselves. That way they could really form an opinion of what hoop the thoughts belonged in. And everyone was busy with their own mental development.

There was also some discussion about "I think this thought belongs in this hoop and I think this one belongs in that one". I told them to put it in one hoop because nothing is wrong. This did create a discussion, so they started talking to each other. "In which hoop does this idea belong? Since nothing is wrong, the final choice makes no difference and the others could be satisfied with that: "Okay, if the thought is in that hoop, then I guess it's kind of right".

One that was quite discussed by the gymnasts was "That's just the way I am". Because all gymnasts said that you could put this in both hoops. So that was a nice discussion. 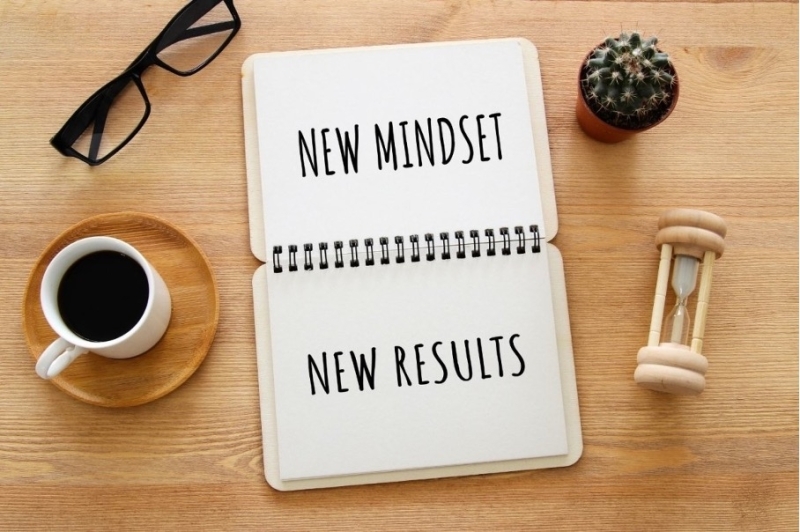 Evaluating for your own mental development

When all the notes were in the right hoop, they were allowed to look over them again. What we have in this hoop, do we think it is correct? Do we think the notes in the other hoop are right too? Then the groups had to move from their own hoops to the other groups' hoops. So they had to see how the other groups had thought and whether they had done things differently. What did they do differently? Do they agree or do they think the thoughts do indeed belong in the other hoop? So they had to look at it like, "How have we thought about it and what have their choices been?"

After everyone had looked at another group, we talked about it: What did you notice about the hoops of this particular group? What did you do differently? This led to a very nice conversation about "Why did you make certain choices?" Then, too, we came to the conclusion that nothing is wrong, but that, for example, "This is useful to think about once in a while" or "This thought is actually never useful and so it really belongs in this hoop". That was also very nice to see.

There are also many more possible variations. As we had already spent half an hour, we thought it was time to finish. The gymnasts were allowed to pick one or two thoughts that really suited them or that they thought were very important to be able to use in such a training session. They hung these thoughts somewhere in the hall with tape, so that they could look at them more often during the training.

The thoughts are still there, they've been there for months and still now they can occasionally look at them and say "Oh yes, this thought was helpful for me" or "This thought was not so helpful for me, I shouldn't have it in my head all the time because it demotivates me a bit". So that is what we are still doing with it. The mental development of the gymnasts continues to grow even after practice!

Using the thoughts in training

Even after this exercise, we can often "fall back" on the thoughts of the gymnasts.  If we hear a thought that actually belongs in the hoop with the non-handicapped thoughts, for example "I can't do it", we discuss this with the gymnasts. "Remember that one exercise about your mindset and thoughts? Which hoop would your thought that you have now actually belong in?" Then they immediately know "Oh yes, it belongs in the hoop with the non-handy thoughts. So I shouldn't really be having this thought".

It is very nice to see that they know immediately, and then we always ask each other "What thought will take its place?" or "What thought is useful to get into your head now?" "I can't do it yet, so I'm going to work hard on it so that maybe I can do it later". So in two seconds, you've made a change in the gymnast's mindset. Or the gymnast has created this herself on the basis of an exercise that you did a while ago. You did that exercise once, but you can actually return to it very often. As trainers we find this a very effective exercise for the mental development of the gymnasts. But it is also an eye-opener for us as trainers! 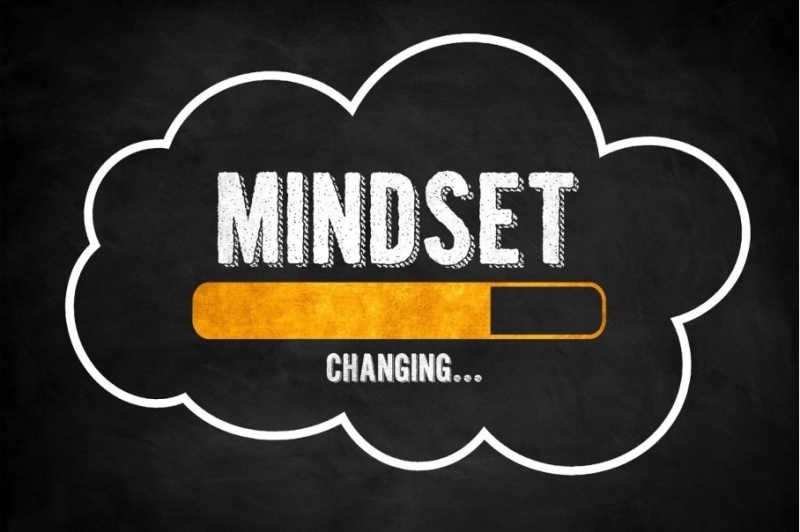 How do you create more cooperation in gymnastics training?
23 maart 2022

Raising the gymnastics level of your groups; how do you do that?
24 februari 2022