The motor development of preschoolers; tips for (gym) teachers

Whether you work with toddlers as a group teacher or as a PE teacher, it is good to know how toddlers develop. Correctly responding to this motor development can support the toddler in his/her growth and can prevent (motor) retardation.

Physical characteristics of a toddler

A number of physical properties (e.g. strength, flexibility and stamina) are influenced by the age and growth of the toddler, and as a teacher/trainer we do not have much influence on these. However, there are also characteristics that we as an environment can (and perhaps should) influence, for example the coordination ability of toddlers. By offering toddlers a lot of varied stimuli and repeating this sufficiently, the coordination ability can be addressed. During the motor development of coordination, a refined cooperation develops between the sense of sight, the sense of balance and sensors in muscles, tendons and joints on the one hand and the nervous system on the other.

Motor development in your lesson; tools

In order to be able to respond adequately to this, we can use the following tools:

In order to delve a little deeper into the above information, we can take a look at the different developmental theories. Two of the development theories will be elaborated on in this blog.

This development model is based on four different phases; the names of these phases may be somewhat difficult, but everyone will recognise something from this phase.

Phase 1, the antagonistic phase. This phase is also called the trunk phase and occurs from 0 to 9 months. This is the phase in which babies can tighten one side of the body and relax the other. For example, they can squeeze with one hand and spread the other. This phase is very important for motor development, especially learning to crawl and walk. A child who does not go through this phase properly may have problems with it later on. For example, it may become difficult to push off with two feet at the same time.

Phase 2, the symmetrical phase. This phase often begins around the age of 1 or 2 and continues until the age of 6. In this phase, both sides of the body make the same, equal movements. The cooperation between the left and right hemispheres of the brain is enhanced. An example of this is jumping with 2 legs or throwing a ball with 2 hands. Children who remain in this phase are often characterised by movements that do not support the primary movement. For example, children then cut with their mouth open; the mouth makes the same opening and closing movement as the scissors, but this does not of course help the cut. A poor grasp of the pen can also occur in this phase (we are talking about fine motor skills).

Phase 3, the lateralisation phase. This phase is best seen in children between 6 and 9 years old. This phase is characterised by the development of a preferred side. Movements also become smaller and more focused during this phase. When this phase is not passed well, difficulties can arise in behaviour, but also, for example, in writing in mirror script. Exercises to support this phase are hopscotch, skipping rope, but also alternating exercises with the body (tap your left knee with your right hand and vice versa).

Phase 4, the dominance phase (usually after the age of 9). This is the phase in which one side can move without the other participating; the dominant brain half is determined. A child can do several things at once during this phase. An example of this is juggling. At a later age, driving a car is a good example of performing several things at once. 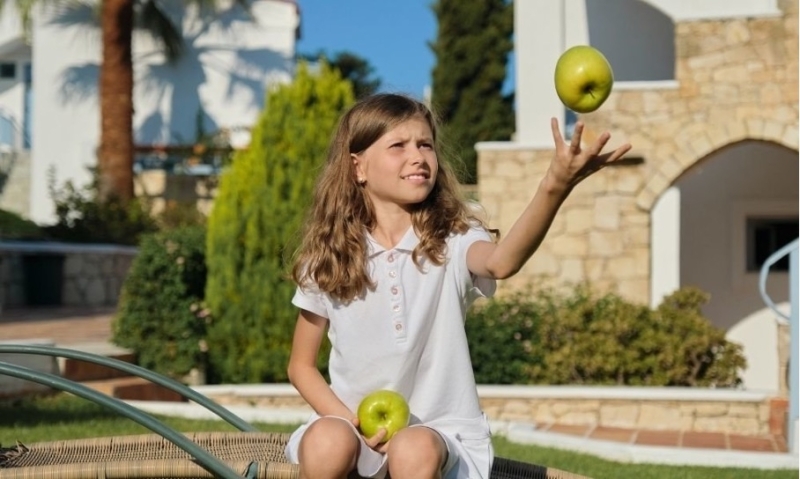 A second theory on the motor development of preschoolers is Gesell's lines of development. Gesell has determined four 'sequences' of development, which are as follows: 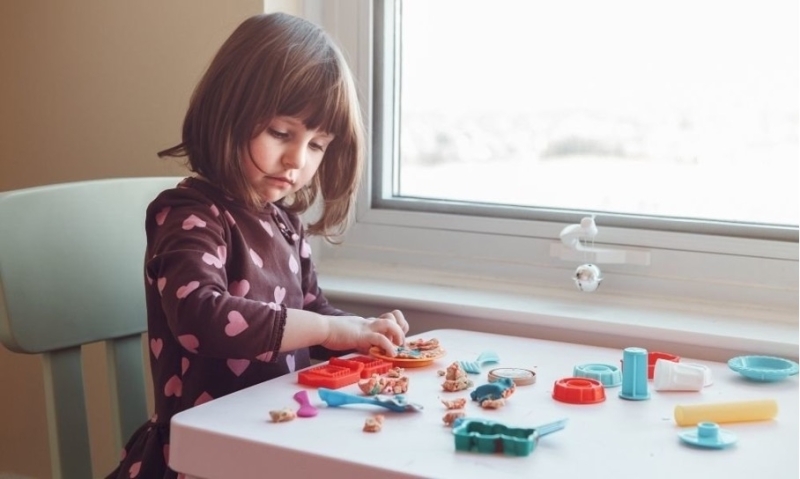 So we know, especially after reading the theories above, that children develop a lot on their own. However, it is also very good and necessary to stimulate certain phases. We must take this into account when offering movement. What should a child be able to do approximately? And how can I stimulate this? When a child does not go through certain phases well, he or she can fall behind, and how great would it be if we could prevent that from happening with the right movement programmes?

Finally, it is very good to know that several scientific studies have shown that improving motor skills also affects school performance, behaviour and self-confidence of the child. So we do it not only for the motor phases to go well, but also to develop and stimulate the child in many areas 😊

On the Kindergym platform of Gymnastics Tools, you can find more than 500 exclusive methodical gymnastic exercises. Here you will find the basic forms of movement. Besides that, you will find a lot more inspiration material for putting together an optimal kindergarten gymnastics lesson.

Additional literature:
The Dutch Knowledge Centre for Sports and Physical Activity has mapped the entire motor development of 0-6 year olds. It gives an overview of the motor milestones & tips to stimulate motor development with movement.

About the author
Nienke Ekelenkamp
Others also read these

Tips for toddler and preschool gymnastics at home with small equipment!
29 maart 2022

Kindergarten exercises, what can you offer as a kindergarten teacher?
23 maart 2022